Bathroom makeover: A refresh was needed in this bathroom from the 80s… Small but functional, a few square inches could nevertheless be gained by removing the bidet, which we did.

In addition to a gray-dust resin (nice reference for refreshment, isn’t it?) on the entire tiling, another renovation resin was applied to the bathtub which was badly chipped.

The white walls have also been repainted, the shower curtain has been replaced by a double folding shower screen, the old knobs furniture and drawer handles have been changed for more modern ones, and finally decorative tile stickers have been used to cover and reduce the faults on the lower side of the wall due to the removal of the bidet.

A few touches of greenery here and there, plus a bit of bright red to give contrast to the room and there you go! An almost new bathroom at a lower cost!

staging and styling harmony on the french riviera 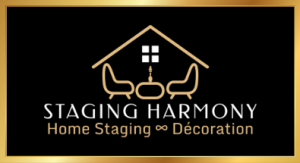